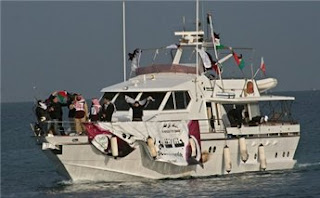 Activists have also sought to break the blockade by boat.


The coordinator of the medical services in the Gaza Strip said the convoy was organized by a Tunisian scout group and will arrive in Cairo and depart for Gaza shortly thereafter.


Some 11 scout leaders are part of the delegation, which is to visit Gaza’s hospitals and civil society groups before checking up on local scouts.